The city of Port Orchard takes its name from the explorers' influence and the area's history.

With a population of 15,587 people, Port Orchard is a lovely waterfront hamlet. This city, which has a population of around 230,000 people and is recognized for industrial, defense, and technology, is the county seat for Kitsap County.

Where is Port Orchard?

Port Orchard is a city in Kitsap County, Washington, and serves as the county seat. It's 13 miles west of West Seattle, and the Washington State Ferries run to Southworth connects it to Seattle and Vashon Island. The strait that separates Bainbridge Island and the Kitsap Peninsula is named after it.

The Best Restaurants in Port Orchard

Things To Do in Port Orchard

If you're planning a trip to the United States and aren't sure if Port Orchard should be on your list, keep reading. We've compiled a list of things to do in Port Orchard and the surrounding area.

serves as a gateway to Puget Sound. A concrete casement used for firing triggers on military undersea torpedoes can still be seen in the park, which was once a torpedo warehouse. The first fort was built in the early 1900s to guard the Bremerton Shipyards, and during World War II it was utilized as an underwater minefield.

Fishing, volleyball, picnicking, swimming, and boating are just a few of the recreational activities available at Long Lake State Park. There is also a baseball field at the park, as well as restrooms and life jacket kiosks near the parking lot.

The Sidney Gallery and Museum

is a National and State Historic Site that was originally erected as a Masonic lodge in the late 1800s and is one of the few remaining fraternity halls in Port Orchard. The museum includes replicas of a general shop, doctor's office, schoolroom, and hardware store, as well as exhibits highlighting the history of early Kitsap County.

Breakfast and lunch are served in the Home Made Café, which is located in the historic "purple church." Their menu contains made-from-scratch dishes free of high fructose corn syrup, and the owners reside in the café that has also been converted into a church. Breakfast comprises daily made-from-scratch biscuits and gravy, breakfast sandwiches, and corned beef hash, among other things, while lunch features comfort cuisine, soups, and salads.

Map of the area 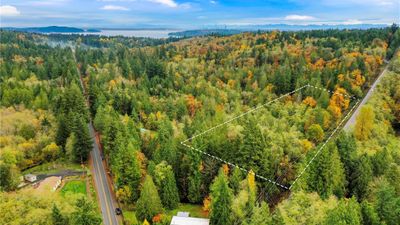 Homes for Sale in This Area

Please remove some of the selected filters.
1 2 3 … 27
The database information herein is provided from the Northwest Multiple Listing Service (NWMLS). NWMLS data may not be reproduced or redistributed and is only for people viewing this site. All information provided is deemed reliable but is not guaranteed and should be independently verified. All properties are subject to prior sale or withdrawal. © 2021 NWMLS. Updated: 21st January, 2022 7:21 AM

For ADA assistance, please email compliance@placester.com. If you experience difficulty in accessing any part of this website, email us, and we will work with you to provide the information.

Sign Up
Already a User? Sign In
You have been successfully registered
Please check your email.
Go to the homepage
Sorry something went wrong
Please try again.
Try again

Score Your Free Guide to Buying or Selling Today!

Gain access to our in-depth guide to buying or selling your home today! Simply input your email and we'll deliver the guides to your inbox!
Already a User? Sign In